Is Paying for Spotify Promotion Worth It?

Paying for organic Spotify promotion is one of the best ways of getting your music discovered. It is not enough to release good music; even the best song created is also needed some push. However, it is also very important to ensure that you hire or do business with professionals who are not against the Spotify guidelines. This is important in order not to get banned on Spotify.

Apart from giving your music the desired and deserved visibility, paying for Spotify promotion also increases your chances of earning more on the platform. This is because your stream count is one of the major [if not the only] determinants of how much you will earn from your music on Spotify. The fact that Spotify playlists remain one of the best ways to get visible and discovered by new listeners also makes it a worthy investment. Paying to get playlisted on playlists with huge followings and streams is an amazing way to increase your chances of being discovered by new listeners or even labels.

Also, it is a fact that numbers do count. Numbers have a psychological effect on the minds and attitudes of new listeners toward your music. Higher numbers will always remain a valid form of social proof and validation. This will, in turn, attract and entice new listeners to your music. It is a way of saying: “Hey, come take a listen to this guy. I think he is good…” Paying for organic Spotify promotion by people who know exactly what they are doing is a great way of garnering more numbers for your music. The truth remains that numbers don’t lie at the end of the day, numbers don’t lie.

Paying for Spotify promotion is also worth it because its benefit transcends the Spotify ecosystem. Because the essence of any good Spotify promotion is to get discovered by new listeners, the benefits will bleed into other streaming and even social media platforms. When someone discovers a new artist on Spotify, they often go on to other platforms like YouTube and even Apple Music to search for that artist. Many also go as far as following the artist on social media. Paying for Spotify promotion with the right people is worth every dime. It can never go wrong, you only stand to benefit as an artist. On that note, it remains one of the best things you can do for your career as a growing musician. 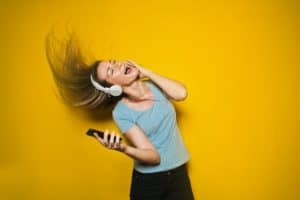 How to Create Relationships with Playlist Curators?

Since you’ve already contacted a Spotify Playlist curator by now, it is time to strengthen your relationship with the concerned person to get...

Can I Collect Royalties on Spotify out of the US?

Yes. You can collect royalties from Spotify out of the United States. The company pays two main types of royalties: recording and publishing...

Is Spotify Sustainable for Artists?

The sustainability of Spotify is a debatable topic. Many artists come up with the question of if Spotify is sustainable for artists or not. There is...

How to Create an Artist Account If Spotify Is Unavailable in My...

Spotify is available in more than 180 countries worldwide. Artists in countries where the service is unavailable use many ways to upload their songs....